Solar storms, EMP and the future of the grid 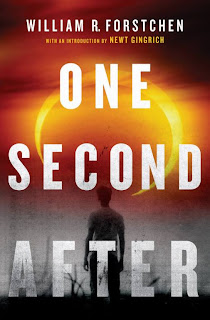 In late August 1859 the most severe solar storm ever witnessed began and lasted through the first few days of September. It produced vivid auroras in the night sky as far south as Cuba and was so bright campers in the Rocky Mountains got up in the middle of the night thinking daylight had arrived. During the storm telegraph operators felt as if some alien force had overtaken their equipment. Even disconnecting power to the wires failed to quiet their telegraphs. In some places the paper strip used to record the dots and dashes of Morse code caught fire because of the electrical surges coursing through the telegraph lines.

Today, the world we live in might be thought of as one big telegraph system composed of computer chips, telephone lines, fiber optics, cellphone towers, satellites, undersea cables and an electrical grid that supplies energy to the terrestrial parts of that system. An event as severe as the 1859 solar storm--called the Carrington Event after the respected British astronomer Richard Carrington who detected it as it developed--could cripple vast areas of the world, shutting down entire national grids not just for days, but possibly for months or years.

The simple fact is that most electrical systems and equipment including computers are not shielded to protect against such an event. One critical link, electrical transformers, would quickly be knocked out and would have to be replaced. Since few spare transformers are available, and it can take 12 months to build one, the world might have to wait years to fully recover--and that's assuming it would still be possible to produce new transformers which, after all, take electricity to manufacture. There is also the problem of what state modern civilization might be in if it faced months or years without electricity. Critical systems that pump and purify water and treat sewage, for example, would no longer function.

A fictional version of what all this might look like in our communities comes to us in a book by William Forstchen entitled One Second After. (For a brief nonfiction version of such an event, see this 2009 piece from New Scientist.) One Second After is set in the not-so-fictional town of Black Mountain, North Carolina where the author not-so-coincidently lives. It turns out to be a good choice of settings since Forstchen can give us an intimate portrait of a town and region he knows well while treating us to detailed but unobtrusive illustrations coming from his meticulous research into the effects of a total and prolonged blackout. To be clear, the cause of the blackout in the novel is the explosion of a nuclear weapon high above the Earth's surface over the continental United States, an explosion designed specifically to produce a crippling electromagnetic pulse (EMP). The effects of an EMP are in most ways similar to those that would result from another Carrington Event, and so the novel gives us a portrait of how such a disaster caused by either might unfold.

Perhaps the first thing a sensitive urbanite residing in the northern part of the United States will notice about One Second After is the number of guns produced by the novel's characters. But having lived in both the northern and southern parts of the United States, I can assure you that this would hardly raise an eyebrow south of the Mason-Dixon line where armory and home are very often one and the same. What is clear in the aftermath of the blackout is that order has broken down. Guns offer some protection and ultimately provide the force behind the small group of town leaders trying to guide Black Mountain through the worst disaster it will ever experience. The leaders succeed to a certain extent, but at a terrible cost as they are forced to put the mere survival of the community above all other values.

The story line of One Second After will probably not surprise you. The book is in the tradition of Alas Babylon, and as a reader, you will know right away where things in general are headed. So, the real questions are these: How will the main characters hold up under the strain? Will they retain their humanity? What kind of life will they be able to build for themselves?

The surprises in the novel for me were technological. As I followed the main character, John Matherson, through his traumatized community, I gradually discovered more and more things (beyond the obvious) that had been affected--things that I would never have imagined to be vulnerable or that I would never have even thought about. I will give you one example: commercial airliners. Surely, these would keep on flying since they run on liquid fuels, not electricity. Alas, the complex electronics in modern airliners freeze up after an EMP strike. And, that means that the thousands of them in the sky at the time would plummet to the ground or into the sea. There are no mechanical joysticks in such aircraft; everything is controlled by computers and electronics. As the story continues, the list of vulnerable gadgets and systems just keeps growing, and it is an awesome and disturbing one.

With all that is known about the potential for such a catastrophe, either through attack or through the normal, observable processes of the Sun, you would think that governments everywhere would be feverishly taking steps to harden critical systems. You would be wrong. Even in America where we have casually spent trillions of dollars on fruitless foreign wars in the last decade, the Congress cannot see its way to have the country embark on a program that might cost a couple hundred billion to guard against the known dangers of the Sun or even the unpredictable action of unfriendly nations (think: North Korea) that might use EMP to maximize the effect of their meager nuclear arsenals. In fact, the writer of the afterword to One Second After tells us: "A well-designed nuclear weapon detonated at a high altitude over Kansas could have damaging effects over virtually all of the continental United States."

My own view is that such an attack is an extremely remote possibility since it must still come from a nation-state and would easily be detected. This would ensure that the perpetrating country would be nothing but a cinder by the next day. Rather, I think the greater danger is the Sun, a body which is totally indifferent to notions of deterrence, but whose fury could be addressed through the hardening of our many vulnerable systems.

I do not think, however, that hardening the world's grid and electronic devices ought to be our top priority. We have the pressing problems of climate change, peak oil, soil depletion, water depletion, deforestation and myriad other critical problems to keep us busy. But, I find the topic of solar storms and EMP interesting because these phenomena offer a window into the tightly networked complex systems which bind the globe, the failure of which could quickly plunge humanity into another dark age starting with a horrifying dieoff of a large part of the population.

Tales of the grid breaking down in such a thoroughgoing way seem to be the one illustration of the vulnerability of our complex global systems that policymakers can at least understand. Last year, the U.S. House of Representatives passed a bipartisan bill that would have begun to address the U.S. grid's weaknesses. But, the Senate failed to act. The House was in part reacting to a 2008 National Academy of Sciences report. The House bill has been reintroduced, but prospects for its passage are uncertain.

The entire issue serves to illustrate what I believe to be the central intellectual challenge of our age: We live in complex systems, but we do not understand them. Just admitting this might help us find our way forward on so many problems that now plague us.

Solar flares of the magnitude observed during the Carrington Event are sure to strike earth again--solar scientists say it is a matter of when, not if, it will happen again.

The nuclear plants melting down in Japan when the commercial grid was taken out by the tsunami would be multiplied many times over should our grid go down here in the USA.

Hardening our grid now would be the only investment worth making, considering the damages we'll experience when another Carrington Event hits the Earth.

--could cripple vast areas of the world, shutting down entire national grids not just for days, but possibly for months or years.

Yes it could and I agree BUT I fear that if any shut down on this scale did happen then never mind months or years, life as we know it on this planet would be over before then. It may only take weeks if we loose power.

Thank you, Kurt, for another concise, smashing post. btw, thanks as well for the 'heads-up' on "Into the Cool" by Janet Margulis' and Carl Sagan's son. the most stimulating book I've read in years

When Fukushima happened, I heard about an EMP taking out microprocessors and power grids, and was concerned about the world being 1 Coronal Mass ejection from 400 nuclear meltdowns.

However, on reading more about EMP there appeared to be two distinct forms. One takes out very small devices and one takes out continental scaled devices.

The EMP produced by the sun is the continental variety a danger only to power grids of large countries but not microprocessors.
(So planes would not fall out of the sky).

There are satellites which give advanced warning of solar storms. (something about particles with mass and photons not travelling at the same speed)

Therefore should a Carrington event happen, the power grids would be switched off prior to the arrival of the EMP, (switched off power grids would not be damaged.) and when it had passed they would be switched back on.
The nuclear plants and other critical installations should be able to function on backups for that period.
There would be massive disruption but probably the most damaging thing would be destruction of satellites, spy, telecommunication, weather, etc. (they are not as protected by the earths magnetic field).

In short I don't think that solar EMP = doom, provided early warning systems are maintained and if the nuclear plants melted down that would be a consequence of non-functional backup systems, which is a separate problem.