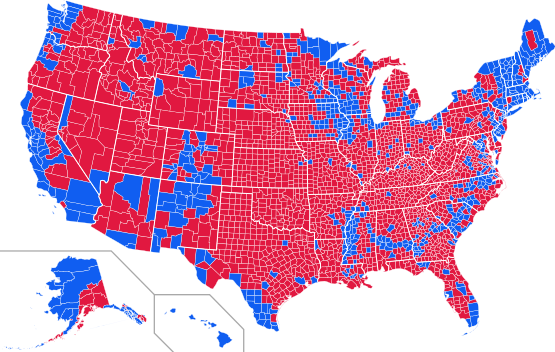 Campaign melodrama: As the world burns

In the melodrama that passes for the U.S. presidential campaign, Donald Trump got practically all the post-debate headlines last week when he hedged on whether he would accept the outcome of the upcoming presidential election. But for those most concerned about genuine sustainability, what both candidates agreed on should be far more troubling. And yet, it elicits nothing more than a yawn these days in political discourse.

The candidates agreed that the U.S. economy needs to grow more rapidly. What they argued over is whose economic plan will make it grow faster.

The push for economic growth has become sacrosanct in modern political discourse. Growth is the elixir that heals all social and economic divisions and makes possible the solidarity that comes from the feeling that the path to wealth is open to everyone.

For the vast majority of people on the planet that path was never really open. And, since the so-called Great Recession, it has been closed off completely for all but those at the top of the income scale.

While watching the recently released film "Deepwater Horizon" about the catastrophic well blowout in the Gulf of Mexico that caused the largest oil spill in U.S. history, I remembered the term "fail-dangerous," a term I first encountered in correspondence with a risk consultant for the oil and gas industry.

We've all heard the term "fail-safe" before. Fail-safe systems are designed to shut down benignly in case of failure. Fail-dangerous systems include airliners which don't merely halt in place benignly when their engines fail, but crash on the ground in a ball of fire.

For fail-dangerous systems, we believe that failure is either unlikely or that the redundancy that we've build into the system will be sufficient to avert failure or at least minimize damage. Hence, the large amount of money spent on airline safety. This all seems very rational.

But in a highly complex technical society made up of highly complex subsystems such as the Deepwater Horizon offshore rig, we should not be so sanguine about our ability to judge risk. On the day the offshore rig blew up, executives from both oil giant BP and Transocean (which owned and operated the rig on behalf of BP) were aboard to celebrate seven years without a lost time incident, an exemplary record. They assumed that this record was the product of vigilance rather than luck.

What do you do when everyone is bugging you to do something, but you don't want to do it? The simple answer is that you make it look like you are doing something in order to get others off your back.

It is not always easy to tell what people's intentions are. But we can look at what they have done in the past. The main thing that the Kingdom of Saudi Arabia has done over the past year in response to pressure from other OPEC members is talk about steps it would take to raise oil prices. But in the end the kingdom doesn't actually do them, or it does things which have no practical significance. (Saudi Arabia, the world's largest exporter, is the OPEC member with the greatest flexibility in its production. Any OPEC production cut without Saudi leadership would lack credibility.)

We should keep all this in mind when evaluating the latest reports that OPEC has agreed to cuts. Bloomberg tells us right up front that OPEC has merely agreed to the "outline of a deal" that will be taken up at its November meeting.

One of Saudi Arabia's partners in its yearlong public talkfest has been Russia, the number one or number two oil producer in the world depending on what month it is. The Russians said in early October 2015 that they were ready to discuss oil prices with OPEC. Later that month it was leaked that the Russians had no intention of cutting their own production. In late January of this year, the oil price catapulted after Russia's energy minister said he was "ready to meet with OPEC and Saudi Arabia to discuss a production cut," the Financial Times reported.

Donald Trump and the impossible destination of globalism

In a recent column, The New York Times columnist Thomas Friedman shows himself to be as good a spokesman for the world's elites (with whom he often communes) as anyone on Earth. He asks one simple question about Republican presidential candidate and billionaire real estate magnate Donald Trump: How?

Friedman's column-length answer is a catalogue of Trump's puzzling views about NATO and ISIS, his poor command of the major issues, his contradictory statements and his strange embrace of tax avoidance.

What's missing, of course, is the centerpiece of Trump's appeal: his criticism of major trade deals which have devastated entire industries in the United States and destroyed the middle-class jobs that go with them. To the defenders of globalism--and Friedman is one of globalism's fiercest defenders--Trump's criticism is nothing short of heresy.

But the billionaire's bluster embodies the anger that people affected by those deals feel every day. Not a few of them have previously been consistent Democratic voters. Of course, there are plenty of Republicans who are voting for Trump because he is the party's candidate. And, there are plenty of evangelicals and so-called "values voters" supporting him (despite his profligate ways) because his party has traditionally opposed abortion, supported prayer in schools, and fought same-sex marriage.